work in the vineyard

In addition to offering holiday apartments for rent, wine production  is also an important part of on activity at Cascina Collina. As of today, a total of eight wines are produced on the farm. Most of the wine is exported to Norway where it is sold through the Norwegian Wine Monopoly. In addition, a large part is sold on the farm to guests and visitors as well as to local restaurants. Our work in the vineyard and wine production is based on ecological and biodynamic principles.

At present, there is a total of 2.7 Ha of planted vineyard on the farm. The age of the vines range from approx. 65 years old to completely newly planted. At the start in 2006, the farm had approx. 1.75 Ha vinmark. Since then an apple orchard has been replaced with vineyards, and a plot of about 0.95 Ha has been purchased..

Today we have the red wine grape types Barbera, Freisa and Nebbiolo, and of white wine grapes we have Chardonnay.. Two thirds of our vines are Barbera. The farm itself is surrounded by 2 Ha of vineyards, and it has a mostly south-west exposure. In 2010, a plot of just under 1 Ha was bought from a neighboring farm. This vineyard has an easterly exposure. 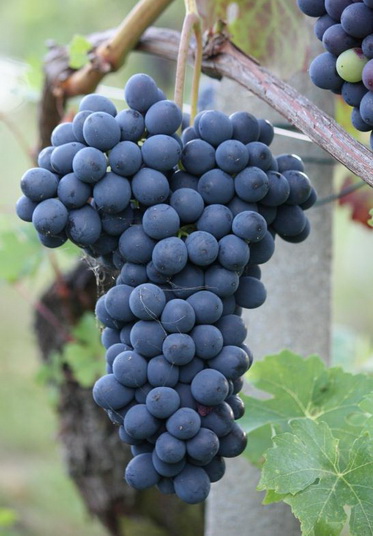 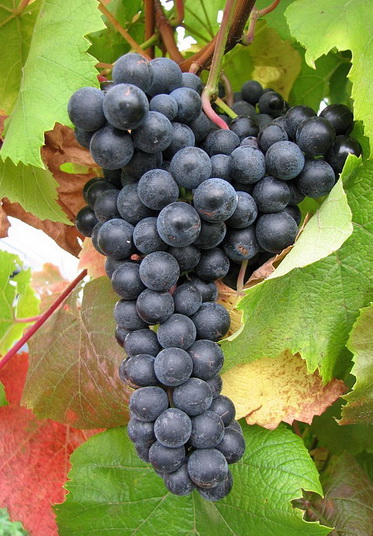 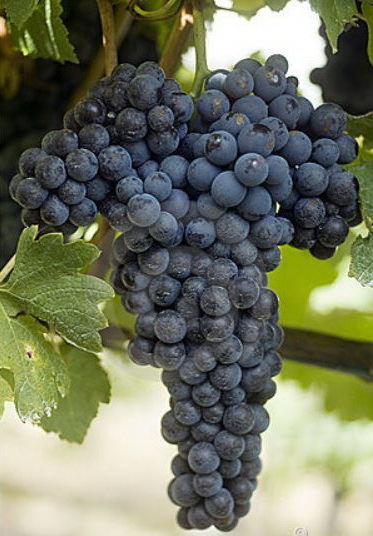 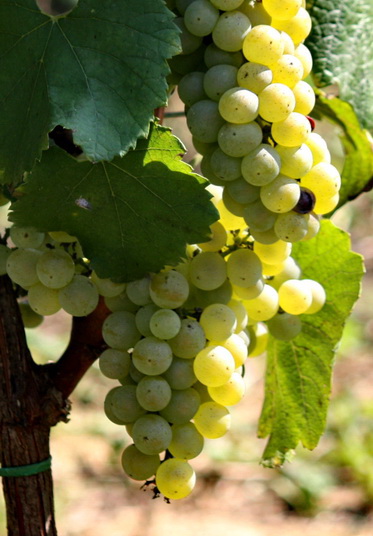 Freisa is also a red wine grape, and we have approx. 0,1 Ha. It is currently use to blend into the barbera wine (Variazione). These vines were planted in the fall of 2009.

The fall of 2013 a small plot of 0,2 Ha with Nebbiolo was planted. These grapes have been lended with the rosè wine, but will now be used as basis for a pure nebbiolo wine.

In 2010 it was planted 0,4 Ha of Chardonnay.  These grapes are use for both a standard steel chardonnay wine as well as for a blend of steel and oaked chardonnay, (Estivo and Non Solo Estivo).

The year in the vineyard

In January, on the falling moon, the largest single job in the vineyard is started – the pruning of all the vines. We work according to biodynamic principles, so that we prune in the period when the moon is falling, and use the period in between to remove what has already been cut.

The branches are placed between the rows, and then crushed with a grass cutter so that the waste goes back to the soil. Already during pruning, the foundation is laid for this year’s crop. The regulations (DOCG) have clear guidelines on how much grapes we are allowed to produce. This to avoid overproduction and secure high quality. A standard wine and a superior wine have different requirements with regard to how much grape and following that, wine, can be produced per hectare. We prioritize quality before quantity, so that our production is always well below what is allowed. This is reflected in our fullbodied and tasefull wines.

Pruning of all the vines must be completed before germination begins in early April. That is, we have three months from the time we start until all the vines are to be “laid down” on the string. We can also start pruning in December, but only after there has been several frosty nights. Before each vine is laid down, all the strings must be tightened.

At the end of March, each branch left on the vine is laid down and attached to the lower string. A row of vines consists of posts with a given distance between and several steel wires. We delay the work of laying down as far into March as possible, as the branches can easily break when it is too cold. Another advantage is that it is more sap in the branch and therefore the twig can withstand more.

While it is sprouting and growing, there is a lot that can be done in the vineyard. Sick vines are removed and new ones are planted. If large areas (new vineyards) are to be planted, we prefer to do it late in the autumn. This provides optimal conditions as there is often precipitation in the winter and the plant gets off to a good start. The grass also grows incredibly fast, so now the continuous process of mowing and keeping it tidy between the rows begins. We use a tractor for the rough work, and use a mechanized cultivator between the vines. This as an better alternative to using herbicides.

To avoid mildew and other diseases, the vines must be sprayed during the summer. The first spraying usually takes place in early May. The rule of thumb is that it must be sprayed when there has been 10 mm of precipitation, the shoots are 10 cm and the temperature is 10 degrees at night. In May, we start the work of removing wild shoots up along the trunk and remove excess shoots and foliage.

It normally blooms in late May/early June, and the optimum is a short flowering period and preferably no rain. As soon as the flowering is over, the grapes grow at record speed. It does not take many days before small bunches of grapes pop up in the vineyard. Throughout the summer, we continue to remove foliage, and make sure that the clusters hang freely and that they get enough light and sun. The branches on the vine grow several centimeters a day, and we must constantly make sure that the stems grow upwards, and do not stretch out horisontally. When the branch reaches the top string in the row, we wrap them around and along the top wire. In the last half of July, the grapes gradually change color from green to blue, this process is called veraisson. A rule of thumb is that 8 weeks after the color change, there is time for harvest. This turns out to be pretty good.

The month of August is the most quiet period in the vineyard. Then the growth of the vines and foliage as well as grass is less due to hot and dry weather. There can be many weeks between each rain shower. During tha last days of August and in September, the harvest usually takes place. In order to obtain optimal grape quality, analyzes of the grapes are carried out so that they are harvested at the right time. The balance between sugar content and acidity should be at an optimal level. Harvesting takes place over a few days and then neighbors, friends and often guests line up and pick. After the crop is harvested, the work starts in the cantina (wine cellar). The actual wine year can be said to be finished when the work in the wine cellar is finished at the end of November.

The barbera grapes are normally harvested during September, depending on the growing season. When the first tractors with trailers full of grapes drive past the farm, a tension builds up that is palpable. The Moscato and Chardonnay are the first grapes to ripen in August, then it goes out step by step. The weather forecast has been checked up to several times a day in the last weeks, the weather must be on our side. If it rains we can not harvest! The goal is to secure the perfect timing for optimal grape and wine quality!

The harvest for our individual wines takes place in one day. A rule of thumb is that when we register that the color change has begun, it will take approx. 8 weeks until harvest. To be on the safe side, the grapes are sampled and analyzed. Acid and sugar levels must be in balance.

On the actual harvest day, it is in full speed. If we have guests staying, they can participate if they want (no one has said no so far). We exchange labor with neighbors and help each other. Two and two pick together in a box and these are transported to the cantina, where the boxes are emptied into the grape crusher. After the harvest is finished, the shoulders are lowered, but we are not done with the wine year. Now we have a couple of moths of work in the cantina (wine cellar) ahead of us.